A priest friend posted a picture to Instagram. The picture was a shot of a public transportation track, the angle looking out of the tunnel into the sunshine and the track disappearing in the distance. The focus of the shot was the track in the sunshine.

But what I noticed in the picture, were several people scattered throughout the frame. All of them looking down at their cell phones. All of them.

I dragged my feet at the beginning of Lent, and not much has changed into this second week of the season that is suppose to be one of change and renewal. My phone has been my constant distraction; it’s mere presence leading me away from being present in the here and now. I knew it needed to be sacrificed during Lent. But I don’t want to. As a stay-at-home-mom, sometimes I get lonely. Really lonely. I don’t think that state of being is unique to me and my vocation though.

Connection. That is what I crave (that, and adult conversation). But instead of using my time intentionally, to make real contact with the real humans that exist in my life, I settle for the substitute on my screen. Instead of satisfying my need for connection, the less-than substitute leaves me craving true connection even more.

“They” say that we’re more connected by technology than ever before but as a people we are more disconnected than ever before. It’s no surprise that anxiety and depression rates are higher today than ever before. In those moments where connections are made, were made, like waiting for a train, we’re losing our opportunity because we’re so distracted. And we’ve sedated ourselves from the loneliness and the anxiety with the little screens (and the big ones) that are suppose to be the thing that connects us.

So for the fiftieth time today, I will put my phone down, out of reach, even in the other room. I will strive to be present. I will embrace those difficult moments, lean into them, and maybe, just maybe, I will make space for connection. 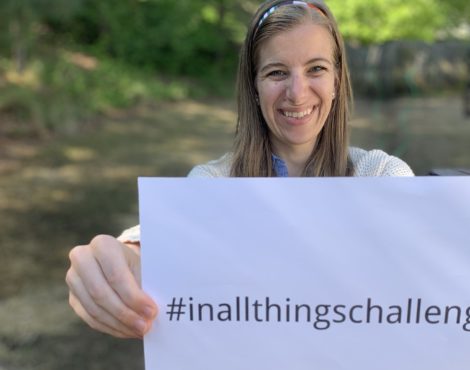